A+ A-
Print Email
Yet another reason to stay in school, even if you do so begrudgingly: Another study has concluded that getting a good education is linked with a lower risk of death. This time, however, scientists managed to estimate the number of deaths that could be attributed to low educational attainment. Ultimately, the researchers say, a low level of education comes with around the same mortality risk as being a smoker. 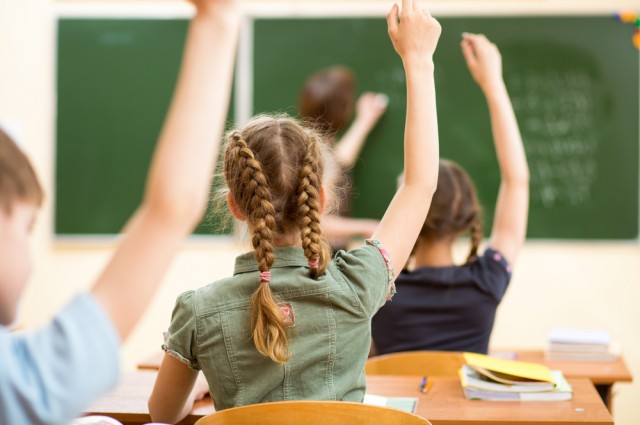 But this relationship between education and mortality is more than just that: When considered in light of earlier work that drew similar conclusions, it seems that a sizable chunk of this association is causal, rather than merely correlational.
The take-home message is therefore simple: Interventions and strategies designed to boost educational attainment have the potential to improve survival, at least in the U.S. where the study was conducted.
“In public health policy, we often focus on changing health behaviors such as diet, smoking and drinking,” lead researcher Virginia Chang from New York University (NYU) said in a statement. “Education – which is a more fundamental, upstream driver of health behaviors and disparities – should also be a key element of U.S. health policy.”
Level of education has already been identified as a strong predictor of premature adult death, but educational disparities in death rates seem to have grown over time, at least in the U.S. While these trends are well-documented, few studies have attempted to estimate the number of people that could be dying because of their lack of education.
To address this knowledge gap, NYU researchers pooled data collected between 1984 and 2004 by the Centers for Disease Control and Prevention for more than a million individuals, which allowed them to estimate death rates by level of education. By attributing mortality in this manner, the researchers can see how many deaths could have potentially been avoided if a higher level of education was attained, which was estimated for the year 2010.
Levels of education considered were those relevant to policy: not achieving a high school degree, and achieving some college but not a bachelor’s degree. They also looked at people born in 1925, 1935 and 1945 to look at educational disparities over time, and took into account cause of death.
As described in PLoS One, the researchers attributed almost 150,000 deaths in the 2010 population to achieving less than a high school degree rather than a high school degree. Strikingly, the findings suggest that more than half a million deaths could have potentially been saved if people without a bachelor’s degree went on to achieve this level of education.
They also found that disparities in death rates by level of education attained increased over time in the U.S. In those who achieved high school degrees, mortality rates slowly decreased over time, but the drop was significantly more pronounced in those with college degrees.
Although the researchers didn’t specifically probe for possible mechanisms to explain these observations, higher levels of education could lower mortality risk through factors such as healthier behaviors, better psychological well-being, greater cognitive development and increased access and adherence to medicine.
While links between education and mortality rates have been made before, the researchers acknowledge that there are limitations to their study. For example, estimates could have been exaggerated by confounding variables that were not taken into account, like health or socioeconomic conditions during childhood.
Nhãn: Health-Science