Nation To Continue Pretending The Quiet Man Is A Decent Film

A+ A-
Print Email
THE granting of a protection order on the iconic cottage featured in the movie The Quiet Man has prompted the Nation to pretend once again that the film, starring John Wayne has something approaching artistic merit. 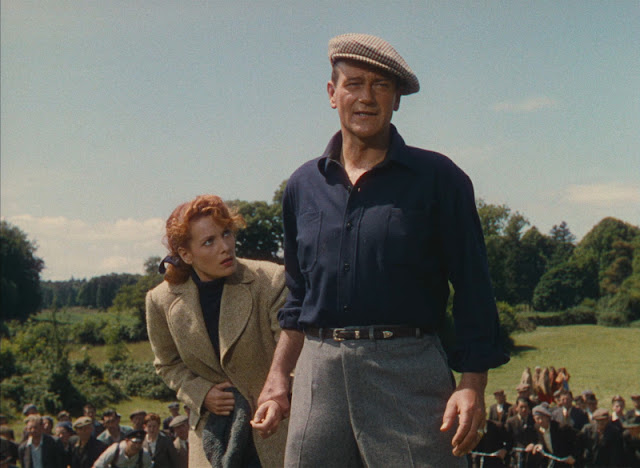 “Eh, ah yeah, a great film,” the Nation declared unconvincingly, further giving credence to the suspicion that, truth be told, everyone thinks it’s awful shite.
Despite the antiquated plot, which has been apologised for as being ‘of its time’, and the poorly rendered Irish stereotypes the Nation has sought to insist ‘but it’s a great laugh though in fairness’.
Ireland’s reluctance to admit that it can’t remember the last time that it watched the movie or the fact that it is like watching paint dry is believed to be due to the fact it was filmed on location in Ireland.
“I don’t think you understand… it was filmed in Ireland of all places,” The Quiet Man apologist Gerry Holey told WWN, “Ireland. It bloody well put this country on the map,” he added alluding to the fact that an egregious error in the map-making industry had up until that point left Ireland off of every world map produced.
“And God, that scene in the storm with Maureen and the wind running through her hair,” Holey added seemingly unaware that for much of human existence wind and women have existed.
The Quiet Man was released in 1952 and won every Oscar ever. It went on to gross €89 million in the Irish Box Office, providing Irish film academics with an excuse to justify their occupation.
Nhãn: Entertainment