New Hormone Therapy Could Slow Half of all Breast Cancers

A+ A-
Print Email
Simply adding a low-cost hormone to the therapy of women suffering from breast cancer could slow tumor growth in about half of them, according to a new study released in Nature. After treating the cancer with progesterone in combination with the hormonal drug Tamoxifen, researchers found that tumors were half the size of those treated with just the drug alone. 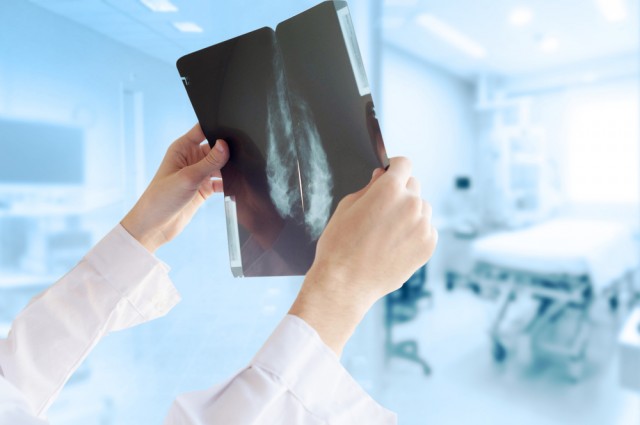 “This important research helps explain why some breast cancer patients have a better prognosis,” explains Dr. Jason Carroll from the University of Cambridge, who co-led the study. “Crucially, it has provided a strong case for a clinical trial to investigate the potential benefit of adding progesterone to drugs that target the oestrogen receptor, which could improve treatment for the majority of hormone-driven breast cancer.”
Scientists have already shown that by blocking the hormone estrogen from attaching to certain types of tumor cells that express estrogen receptors, it is possible to slow the cancer's growth. This is in effect what the drug Tamoxifen does, putting a brake on the cell division within the tumor.
But what they didn’t know was why those women who had tumors that express not only estrogen receptors, but also progesterone receptors – known as “double positive” cancers – have a far better chance of survival. It turns out that when progesterone binds to the tumor cell, it also alters the receptor for estrogen, changing its activity and basically putting a second brake on cell growth.
“We used state-of-the-art DNA reading technology to create maps showing where the estrogen receptor attaches to DNA to switch on genes,” says Carroll. “We then compared these maps in breast cancer cells grown with and without progesterone. This revealed how the 'switched on' progesterone receptor redirects the estrogen receptor to different DNA regions – switching on a different set of genes that slow down cell growth.”
With around 1.7 million women diagnosed with breast cancer each year, it’s thought that the new treatment – which is simply adding the cheap and easily available progesterone to Tamoxifen – could benefit up to half of them. But first, it needs to go through a clinical trial.
This research was only possible because researchers at the University of Adelaide were able to “rescue” tumor cells removed from participating patients, and use them to test new forms of therapy. They hope that in the future, this technique could even be used to provide personalized treatment for women by testing out different therapies on the cells in the lab before giving them to the patient.
Nhãn: Health-Science