A+ A-
Print Email
Russia on Monday introduced an alternative draft resolution at the UN Security Council in a bid to thwart the creation of a tribunal that would prosecute those responsible for the downing of Malaysia Airlines flight MH17 over rebel-held east Ukraine. 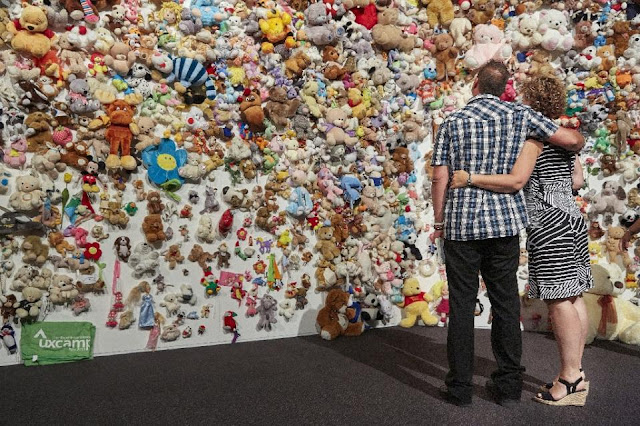 Relatives of those killed when flight MH17 was shot down over Ukraine gather in front of an 'hedge of compassion' made of thousands of dolls in Nieuwegein on July 17, 2015

The Netherlands, whose citizens made up the majority of the 298 people killed in the July 2014 disaster, is working with Malaysia and other countries to create an international tribunal.
Malaysia introduced a draft resolution calling for the tribunal under Chapter 7 of the UN charter, which means that efforts to prosecute those responsible could be enforced by sanctions.
But Russian ambassador to the United Nations reiterated Moscow's opposition to a tribunal mandated by the UN and told reporters Monday that Russia had drafted an alternative resolution.
"We believe it is not in the UN charter. The UN Security Council is not supposed to deal with issues like this," he added.
A copy of the draft resolution obtained by AFP made no mention of a special tribunal, but called for a "full, thorough, transparent and independent international investigation."
It suggested the International Civil Aviation Organization (ICAO) "could play a more active and appropriate role" in the investigation and that UN Secretary General Ban Ki-moon nominate a special representative.
It urged "the earliest possible finalization of the investigation" and called on the joint investigation team (the Netherlands, Australia, Belgium, Malaysia and Ukraine) to "keep the Council fully and regularly informed" on its progress.
It insisted on "just and equal access" to the materials of the investigation "by all interested states" and expresses concern that the investigation has not so far ensured "due transparency."
The five countries leading the investigation reiterated their support for an "independent tribunal" and said the investigation was conducted in compliance with ICAO guidelines.
Consultations on the text began behind closed-doors on the resolution on Monday, diplomats said.
Russia President Vladimir Putin said last week that establishing an international tribunal would be counterproductive.
One Security Council diplomat told AFP that supporters of the tribunal would submit their resolution for a vote in "the middle of next week."
Russia wields a veto and can block the initiative.
Investigators from the Netherlands are leading an international probe into the downing of the Amsterdam-Kuala Lumpur flight and are expected to release a final report in early October.
Ukraine and many in the West have accused pro-Russian separatists of shooting down the plane, saying they may have used a surface-to-air missile supplied by Russia.
Russia and the rebels deny any responsibility and point the finger at Ukraine's military.