A+ A-
Print Email
Syrian rebels, including Al-Qaeda-affiliated fighters, have fired hundreds of rockets and mortar shells on two besieged Shiite-majority villages in the northwestern province of Idlib, a monitor said Tuesday. 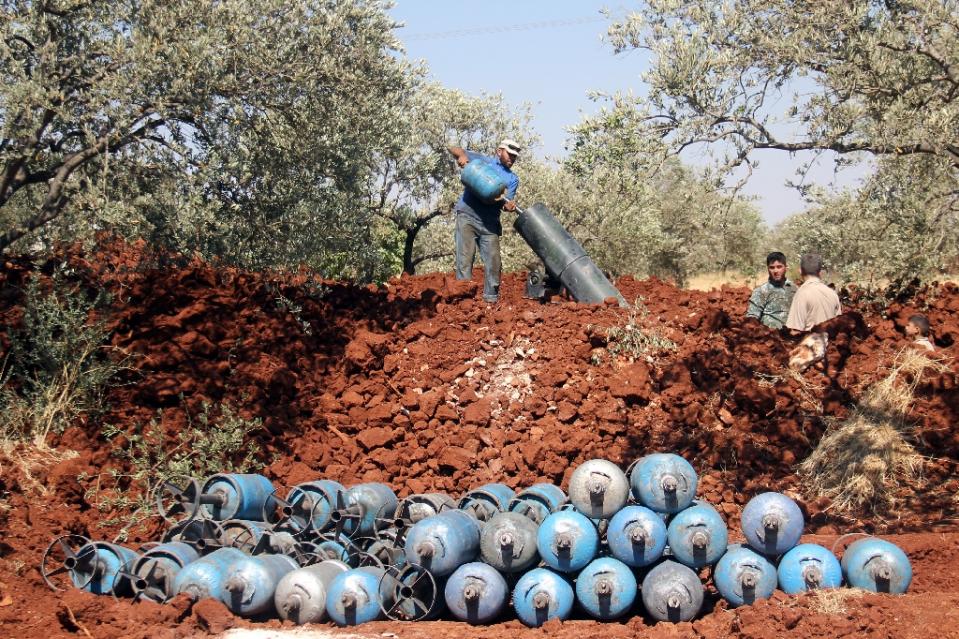 Rebel fighters fire home-made mortar rounds towards Syrian regime forces on July 20, 2015, on the outskirts of the Syrian city of Idlib.

At least seven people were reported killed in the shelling by the Army of Conquest alliance on the regime-held villages of Fuaa and Kafraya on Monday and Tuesday, the Syrian Observatory for Human Rights said.
It was unclear if the victims were civilians or government troops, the Britain-based monitor said.
Hundreds more were wounded in the bombardment.
Fighting continued around the two villages on Tuesday, with opposition forces including Al-Qaeda affiliate Al-Nusra Front battling regime forces and fighters from Lebanon's Shiite Hezbollah movement.
Al-Nusra, like many of Syria's extremist groups, considers Shiite Muslims to be heretical. Once a powerhouse of industry, Aleppo in northern Syria has been devastated by years of fighting between regime forces and a succession of rebel groups.


The escalating clashes prompted concern in Damascus, where pro-regime militiamen and their families from the two villages held demonstrations asking to be sent there to defend them.
Most of Idlib province, including its provincial capital, is now held by fighters from the Army of Conquest and other rebel groups after a sweeping offensive earlier this year.
Fuaa and Kafraya are among the few remaining outposts of regime control in the province, and are now completely besieged.
The Army of Conquest began an attack against the villages on July 15, saying it was retaliation for a regime offensive on Zabadani, the last rebel-held bastion along Syria's border with Lebanon, earlier this month.
It said the attack would "give you a taste in the north of what our people are tasting in Zabadani."