A+ A-
Print Email
HOT on the heels of the immensely impressive Cu Chulainn roller coaster, the ever-expanding Tayto Park has announced yet another new addition to its rollercoaster family.
Queues had been formed as early as 6am this morning as the park launched its new Emotional Rollercoaster with thousands of women hoping to go on a ‘journey’ making up the majority of the queue.
“It has taken a lot of research, but we were determined to offer something different,” head of Tayto Park, Cian Givens told WWN, “and early feedback from visitors has been largely positive”. 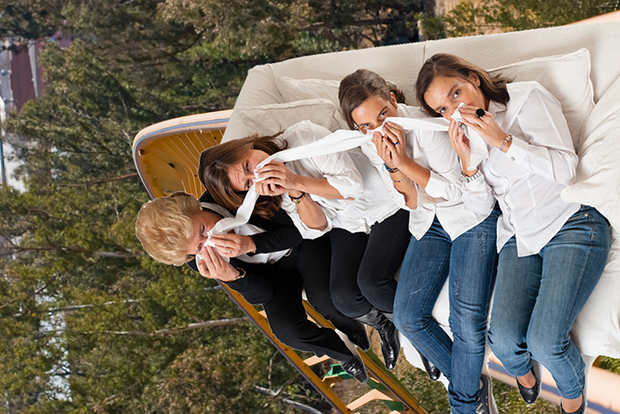 The exact details of the roller coaster have been kept under wraps, but WWN has learned of several key components to the ride.
Once a visitor is seated and locked into place, the Emotional Roller Coaster remains stationary for the duration of the ride as a large projector is lowered to within inches of those on the ride.
Music on the ride ranges from the sad to the uplifting and the sweeping which is played over several clips involving long lost families reunited with one another when you had previously thought all hope was lost. There are also scenes of war veterans returning home to be greeted by their excited dogs, and of course a montage of romantic marriage proposals.
“I… can’t even,” Trisha Coffey, one Emotional Rollercoater rider told WWN once disembarking from the new ride, “Ugh, ah, eh,” Coffey added unable to form actual words such was her emotional tumult.


Tayto Park officials admit that although the ride is a resounding success, the cost of buying in tissues for ride users is proving to be crippling.
Nhãn: Entertainment