A+ A-
Print Email
A LOCAL community has expressed their shock following the hospitalisation of 16-year-old Richard Allen. 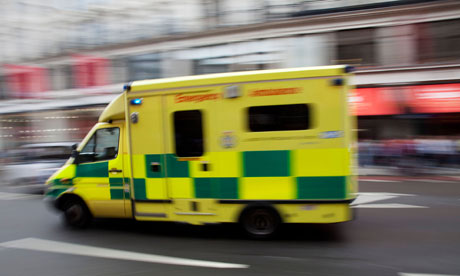 Allen, an avid Twitter user, had taken to the social media site late last night contacting numerous celebrities to inform them, in Allen’s own words, of the ways ‘they were shitebags’. The teenager had hoped to pique the interest of one or two celebrities, but had not expected what happened next.
“I tweeted yer one out of Coronation Street and told her she was wrecked and that I wouldn’t throw her my lad even if she was the last woman on earth,” explained Allen.
“She sent me back a tweet quick as a flash saying ‘grand, that saves me buying a magnifying glass so, cus that’s the only way I’d be able to see your penis’. Next thing I know my phone starts melting and catching fire, I’ve third degree burns all over my hands,” added the teenager unaware that the burns were so epic that he was covered head to toe in bandages.
Doctors are hopeful that Allen will be able to return to social media as soon as possible.
“The more epic the put down, the more severe the burn is but with some rest young Richard should be able to return to social media to show his face as early as next week,” Dr. Graham Hillman told WWN.
“We would advise anyone engaging in online ‘banter’ to keep a fire extinguisher nearby at all times. These burns can be quite severe and medical costs associated with treatment are not cheap,” added Dr. Hillman.
Nhãn: Entertainment