Local Oddball To Continue Wandering Around Town With Lidl Bag

A+ A-
Print Email
RESIDENTS of a small rural town in Westmeath have again reported sightings of local oddball Thomas Malone, who regularly wanders around town carrying a worn-out Lidl bag, the contents of which are the subject of much debate. 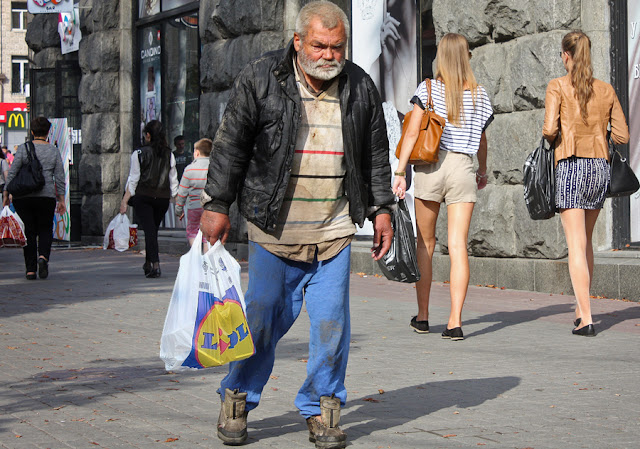 Carrickahanlon, just north of Athlone, is known as one of Ireland’s friendliest small towns and as such, the people who live there are very suspicious of the one resident who doesn’t seem to do much except meander around town for no apparent reason and to no apparent schedule.
Not much is known about Thomas Malone, except that he lives on his own somewhere out the road, doesn’t drive, and based on the fact that none of the otherwise friendly residents of Carrickahanlon have ever spoken to him, must have a fucking screw loose or something.
“Yeah, he rarely says hello to anyone, so we do tell the children not to go near him,” said Marion Casey, a local friendly woman who would do anything for anyone.
“And he never even goes to the pub, so all the men in town think he’s a bit odd too. We do just leave him be, wandering around with his bag from Lidl. God knows what’s in it; could be pornography, or something else that weirdos are mad about”.
There is no known cure for being a middle-aged man without any friends or family in small town Ireland, although plans are in place to bar anyone seen carrying a ragged Lidl bag from around towns where normal friendly people are found.
Nhãn: Lifestyle