A+ A-
Print Email
STARGAZERS from across the country are expected to gather today to watch one of the rarest astronomical spectacles Ireland has ever seen.
The sun will make a slow transit across the sky from 6am this morning and appear to cross the area above the hemisphere from east to west. 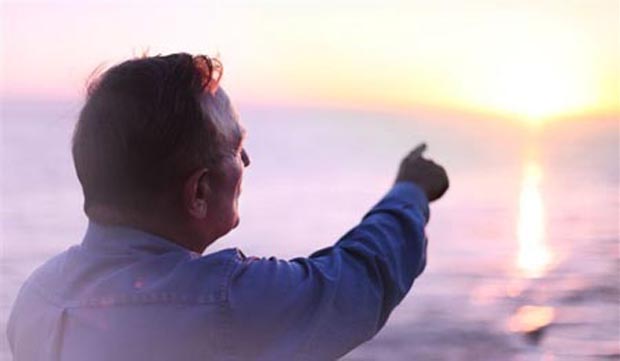 The visible passing of the sun happens very rarely over Ireland due to the low lying clouds of rain which linger over the misery of its people.
During today’s pass, the object will take the form of a circular yellow ball of fire slowly panning through what appears to be a blue background, commonly known to hotter climates as ‘the sky’.
However, not every one has been informed of the event. Already, gardaí have so far reported over 4 individual cases of human sacrifices to the celestial body in counties Galway, Kerry, Mayo and Lietrim.
“I suppose people were just a little scared. Not everyone reads the news so it must have come as a bit of a shock to them,” said a Garda spokesman earlier.
Irish astronomers have warned spectators not to look directly at the sun as it can burn the retina in the back of the eye.
“The sun is the closest star to the earth and can be very dangerous if looked at with the naked eye,” said one astronomer. “We’d also ask people not to try touch the sun as its surface is over five hundred billion million degrees.”
Today’s passing of the sun is only the ninth transit in Ireland since 2004.
Nhãn: Lifestyle