A+ A-
Print Email
PRODUCERS at Ireland’s premier award winning television station, TV3, have admitted to luring George Hook with the promise of ‘fame and fortune’, before setting him up for the biggest public grilling the country has ever seen. 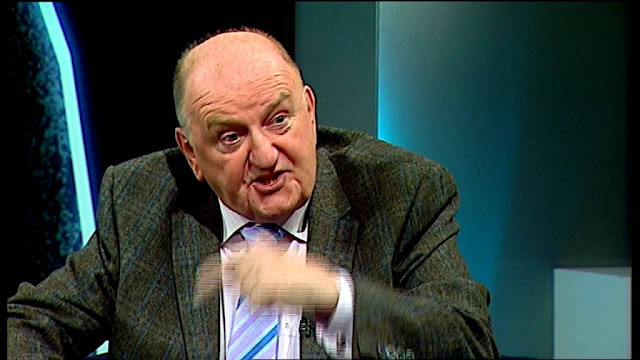 Hook, an up-and-coming broadcaster, has claimed that he was “set up” after a live interview with Colette Fitzpatrick on TV3 became heated, and accused her of calling him a “liar” and a “fake”.
The unsuspecting drivetime radio presenter, who has only been in the business 30 years, was apparently told by the producers that this could be his “lucky break” and that if the interview went well he could be guaranteed millions of euros in appearance fees from similar prestigious television chat shows.
“They told me I had ‘something’ and that Late Review was going to be the launch pad for my career,” the novice told WWN. “When you’re young and offered the sun, moon and stars like that you find it hard to refuse. I’ve my whole life ahead of me and it sounded like I was finally going to make the big time.”
Unfortunately for the would-be star, things started going down hill very fast, after being asked about his personal behaviour, which anchor woman Fitzpatrick hinted was ‘put on’.
“If I had any idea they were going to bring me onto a chat show and chat about myself, I would have never have agreed to it in the first place,” he added.
Producers at the station have since apologised to Mr. Hook for the misunderstanding and wished him all the best in his new venture into the world of show-business.
Nhãn: Entertainment